Library Board of Trustees

There are currently two (2) openings on the Library Board of Trustees. Applications are due by 12:00 noon on Tuesday, February 14, 2023. One appointment is for a full, 4-year term. The other appointment is to finish out the final year of an existing term. Both positions have the option to serve an additional 4-year term.

Serving as a Library Trustee is a rewarding way to give back to your community and to ensure the ongoing success of your public libraries. The seven-member volunteer Library Board are advocates for the library in the community and are responsible for governing the District, including guiding its mission, providing policy oversight, planning for future library service, and overseeing the budget. They are a positive face of the Library throughout the community.

Applications for the current openings will be accepted online and in person starting January 23, 2023. The deadline to submit an application is 12:00 noon on Tuesday, February 14, 2023.

Applications are also available at the libraries and Webster House Administrative Center during open hours. Applications may be subject to the Colorado Open Records Act and should not be considered confidential.

The seven-member Board of Trustees is committed to representing the interests of residents, practicing responsible fiscal management of public funds, and delivering quality services responsive to the needs of Northern Colorado.

The Library Board can be contacted by submitting a comment.

Board of Trustees Bylaws

The Board consists of seven members, all appointed to four-year terms. Trustees may serve no more than two consecutive full terms. Trustees serve as volunteers and do not receive financial compensation for their service. The Library District's executive director and deputy director serve as representatives to the Board.

Trustees can be released from their term by a majority vote of the appointing governmental bodies but only upon a showing of good cause as defined but not limited to the bylaws (governed by Colorado law 24-90-108).

Colorado Library law (CR 24-90-109) defines the formation as well as the powers and duties of Colorado library district trustees. The governmental bodies that founded Poudre River Public Library Trust District - in this case, Larimer County and the City of Fort Collins retain the authority to appoint and, if necessary, to remove library trustees.

Any details not covered by law are defined in collaboration with our governing bodies. 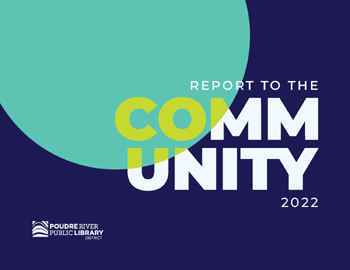